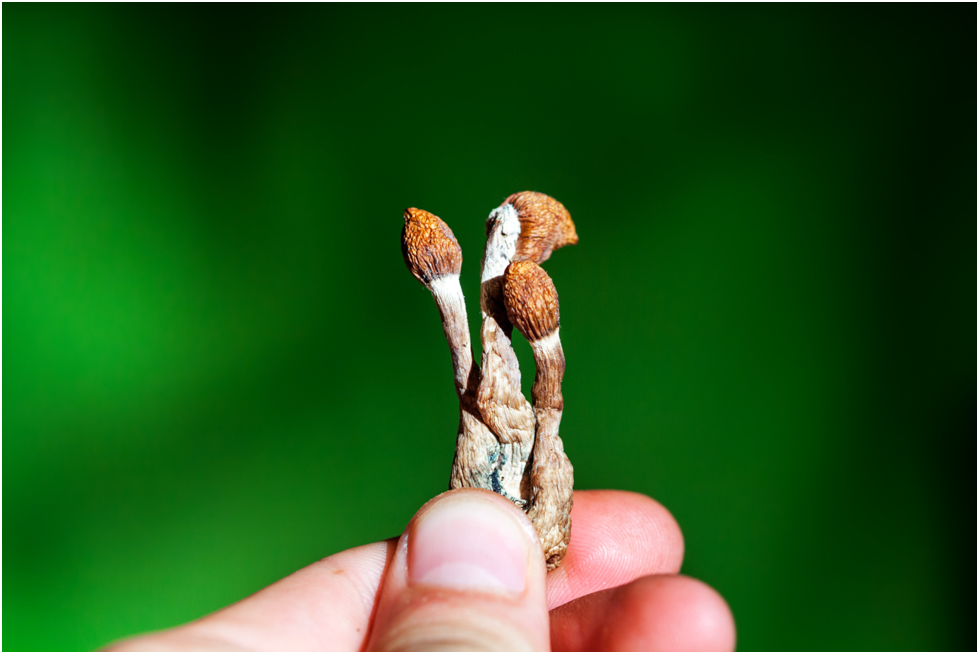 People have been using magic mushrooms (or psychedelic mushrooms) since 9,000 BC, so it isn’t really anything new. However, the use of these mushrooms has been looked down upon for most of modern history. This is because many people believed that these mushrooms were terribly dangerous and filled with bad side effects.

However, only in recent years have scientists found that there are actually benefits of microdosing shrooms. Microdosing, in particular, seems to be quite beneficial. But what is microdosing exactly?

More importantly, what can shrooms do for you and your brain? Is consuming psychedelics dangerous or should you give it a try? Keep reading and learn more about these unique mushrooms below.

What You Need to Know About Magic Mushrooms

You likely have heard of magic mushrooms before but you may not know what they are. More importantly, you may have certain stigmas or beliefs concerning these mushrooms. Many people have stigmas concerning this substance ever since it became popular in the 1960s and 1970s.

During that time, many young people started to experiment with all sorts of different drugs such as LSD, marijuana, and of course, mushrooms. Shrooms, unfortunately, got a bad wrap since they also became mixed with the crowd of very dangerous drugs such as cocaine, meth, heroin, and so on.

But the first thing you should know about these mushrooms is that they are much safer than you might expect. People have been using these mushrooms for thousands of years to open their minds and experience an altered state of consciousness. Ancient tribes would often use these mushrooms as part of religious rituals as they believed that the visuals that the mushrooms produced would bring them closer to God or would allow them to communicate with different spirits.

Whatever the case, psychedelic mushrooms can alter the way your mind works in many different ways. This may sound dangerous, but it actually has a variety of benefits. Also, different people experience the high from shrooms differently.

For example, they may think that the walls are moving or breathing. Other people may have far more intense and detailed highs. Some may even believe that they are living in a different world.

Usually, the higher dose you take, the more intense the trip will be. Keep in mind that these mushrooms are natural as well. This is why they are so much safer to consume than other drugs.

Drugs like cocaine or meth are often mixed with horrible filler ingredients like battery acid, drain cleaner, cat litter, and more. Mushrooms, on the other hand, are grown straight from the earth. For that reason, they have nothing in them that they didn’t absorb from the earth.

How Do Psychedelic Mushrooms Work?

Psychadelic mushrooms affect the brain in a variety of ways. It all has to do with the chemical composition of the mushrooms themselves. The first thing you should know is that there are actually several different types of psychedelic mushrooms out there, but most of them do the same thing: create a high that alters a person’s consciousness.

Of course, not every mushroom does this. You certainly aren’t going to have an epic trip after eating an ordinary mushroom pizza. The only mushrooms that are psychedelic are from the genus Psilocybe.

While there are a few other mushroom genera that can cause hallucinations, they are not often considered authentic magic mushrooms. But, still, what makes mushrooms from this genus so special? it all has to do with a few chemicals known as tryptamines that go by the names psilocybin and psilocin.

In some cases, other chemicals known as baeocystin or norbaeocystin may also play a part, but these chemicals are quite weak in comparison. Some mushrooms may have as much as 1.3% psilocybin which may not sound like a lot, but it packs quite a serious punch. You might be wondering how these mushrooms compare to LSD.

After all, LSD also causes hallucinations and induces an altered state of consciousness. The main difference is that mushrooms are quite a lot weaker than LSD and LSD is completely synthetic. Despite these differences, these two substances do indeed affect the body and brain in similar ways.

In particular, they both target the central nervous system which consists of your brain and spinal cord. Because mushrooms are not as strong as LSD, the high will not last as long. More than that, the experience will not be as intense.

What You Need to Know

While this may sound like a letdown, it is actually a good thing. Some people who take LSD may find the effects to be much too strong and overwhelming. Some people may even have panic attacks because the hallucinations can be so intense and confusing.

The hallucinations you might experience from mushrooms, on the other hand, are not really true hallucinations. Mushrooms are more likely to alter the appearance of objects in your environment rather than cause more detailed or confusing hallucinations. For example, it would be very unlikely for you to hallucinate a tiger in your bedroom (although if you take LSD, this may be a very likely hallucination).

Instead, when you take mushrooms, you are more likely to see things around you that are altered in some way. It may look like the walls are wavy or that the colors around you are greatly amplified. The taste of food and even the texture of certain objects may be different than what you’re used to or this mundane information may seem much more interesting.

The passage of time may also feel different to you. Some people find that time seems to move faster than usual or, on the other hand, that everything moves in slow motion. Some people may even feel that they are more connected to God or that they feel more spiritual.

Whatever the case, taking mushrooms can certainly be a very unique experience. It is also safer than taking LSD which is, in general, very strong.

What Are the Benefits of Taking Mushrooms?

The interesting thing about mushrooms is that scientists have recently discovered that consuming them can have a variety of mental health benefits. This is due to the way mushrooms affect the brain in a completely unique way. But how exactly are mushrooms healthy for your brain?

In particular, the consumption of magic mushrooms seems to have great potential for treating depression. It is not known exactly how this happens yet, but scientists believe that it has something to do with how mushrooms affect certain neurotransmitters in the brain. More importantly, just a few sessions of magic mushrooms seem to produce results that may last for years.

This, of course, is something that most treatments for depression are incapable of doing. The traditional approach to treating depression involves prescribing anti-depressant medication. The problem with this medication is that it can take weeks or even months before it starts to work.

More than that, most medications won’t even work for an individual. So, that person will have to try several or even dozens of different medications before they can finally find one that seems to work. This is not to mention that anti-depressant medication comes with all sorts of side effects such as feelings of numbness and even suicidal thoughts.

Mushrooms are quite a different story. So far, research has shown that the therapeutic use of these mushrooms can reduce the symptoms of clinical depression for months and potentially years at a time. This, of course, could be quite a promising treatment.

But the benefits of mushrooms don’t stop there. Science has also discovered that these mushrooms are beneficial for alleviating a variety of other mental health problems as well. Consider obsessive-compulsive disorder (OCD), for example.

This is a very difficult condition to deal with since it forces a person to hyperfocus on certain obsessions and compulsions that they have a hard time controlling. This may involve washing one’s hands a certain number of times or locking the front door a certain number of times. Whatever the case, this condition can take control of a person’s life and also lower a person’s quality of life.

Science has even shown that taking these mushrooms can help people overcome stubborn addictions such as drinking alcohol or smoking cigarettes. These mushrooms seem to do a good job at treating migraines and other types of headaches as well.

But when it comes to microdosing mushrooms, where should you start?

All About Microdosing Mushrooms

There are many ways in which you can try microdosing mushrooms. But what is microdosing exactly? As the name suggests, it involves taking mushrooms in only very small doses.

You might be wondering what the point of that is. After all, will very small doses even do anything? Microdosing is actually the safest way to go about taking mushrooms.

When you take small doses like this, you will minimize the risk of experiencing any side effects. While the side effects of psychedelic mushrooms don’t tend to be dangerous, they can be unpleasant. In particular, they can involve dizziness, nausea, and other similar symptoms.

When you start out by taking only small doses, it will be very unlikely for you to experience these side effects. Instead, you can focus much more on the positive effects of the mushrooms. But how should you microdose mushrooms anyway?

Should you use only one tiny mushroom, or should you even cut that mushroom in half? Many people are starting to use products that are designed for microdosing rather than taking mushrooms directly. For example, consider a PSILOCYBIN CHOCOLATE BAR, SHROOM CHOCOLATE,.

These chocolate bars only use the fruiting bodies of the mushrooms. The bodies are the parts that are full of psychedelic properties. Once those are infused into the chocolate, the entire chocolate bar will become a delicious psychedelic trip waiting to happen.

This is beneficial for a variety of reasons. For one, the dosage of these chocolate bars is very precisely measured. So, microdosing will be extremely easy, and you won’t have to worry about accidentally taking too much.

So, you can enjoy this rich and creamy delight, and you can benefit from the mushroom dosage at the same time. What else could you ask for?

The Benefits of Microdosing Shrooms

There are many more benefits of microdosing shrooms than you might expect. Science has recently discovered that these shrooms are great for a wide variety of things, such as reducing the symptoms of depression, OCD, and even headaches. Also microdosing shrooms is also easy as long as you have the right product on hand.

To learn more, check out the other blogs on our site.

A Comprehensive Guide to the Benefits of Chicken Essence During Pregnancy 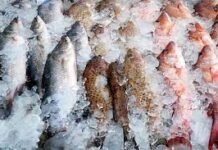 Never have to concern about frozen fish online 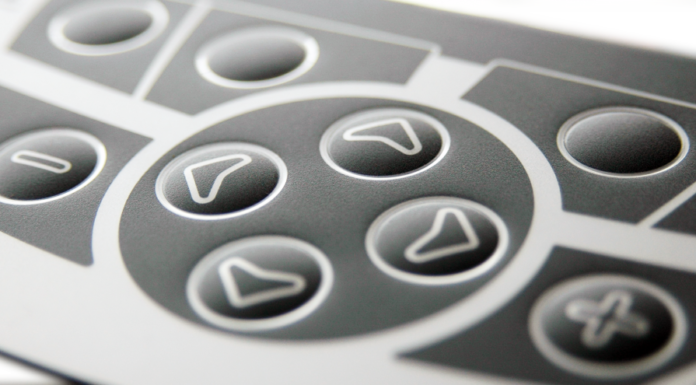 Bullet Force Lupy About the strength of the bullet! 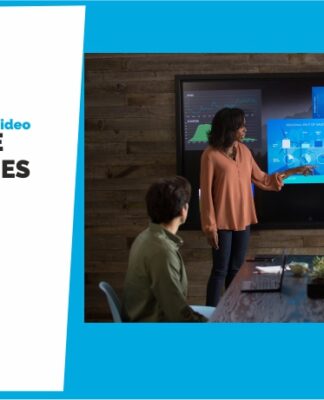 Choose the Excellent Video Conference Technologies for Any Business 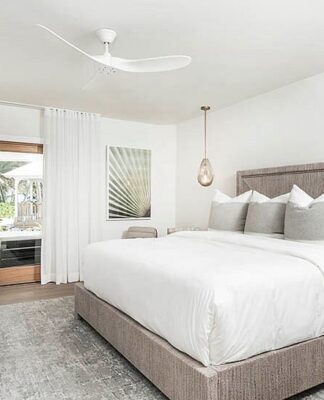 Caerula Mar Club Reviews :- Do you prefer mountains or beaches? 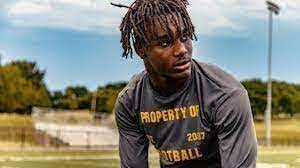 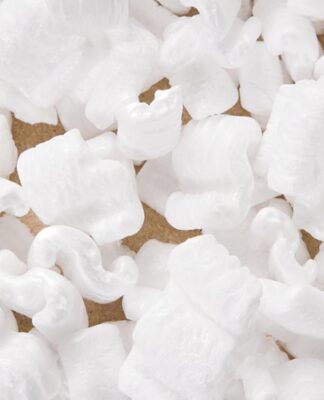 What does 40 density foam mean?