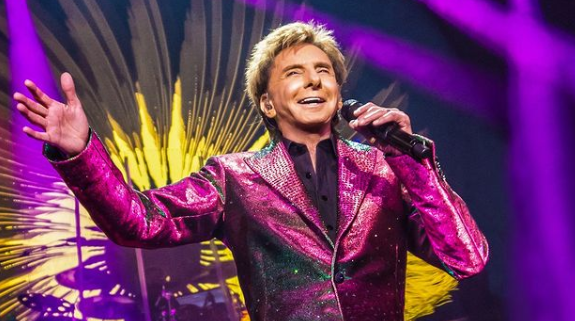 Las Vegas is known as the Entertainment Capital of the World due to its impressive shows in hotel resorts on and off the strip. While you can grab tickets to Sin City staples, such as Penn & Teller and Blue Man Group, there are many new and exciting productions set to open this year.

If you’re looking for a performance that will make your eyes pop or jaw drop, you’ll have plenty of options to choose from throughout the year. Check out the 20 Las Vegas shows opening this year.

Barry Manilow will perform at the International Theater from March 3rd until June 11th, scheduled for Thursday, Friday, and Saturday nights.

If you’re looking for unmissable shows in Las Vegas, Westgate Las Vegas Resort & Casino has you covered. Barry Manilow has delighted fans with his music for many decades and will this year arrive on Westgate’s International Theater stage. Experience an evening on non-stop hits from the much-loved singer’s extensive back catalog. It’s one of the most exciting shows Las Vegas will host this year.

Dolby Live! Welcomes the return of Lady Gaga this April for a stripped-back residency that will blow fans away.

Dolby Live! At Park MGM will once again welcome Lady Gaga to its stage. However, this time she’s stripping back her biggest hits, as well as Great American Songbook music, to provide audiences with an unmissable show. Act fast because tickets are sure to sell out for Lady Gaga Jazz & Piano, which will run from April 14th to May 1st on selected dates.

Fall in love with Wayne Newton’s biggest hits all over again at Bugsy’s Cabaret at Flamingo Las Vegas from February until June.

The Flamingo Las Vegas will celebrate Wayne Newton’s music with the man himself from February to June. The iconic singer will perform his biggest hits in the intimate theatre. Plus, he will interact with the audience and share his music highlights through songs, anecdotes, and video footage.

John Legend Love in Las Vegas residency will start from April at the Zappos Theater, performing his biggest hits to date.

Experience John Legend’s silky-smooth vocals for yourself by securing tickets to his Love in Las Vegas residency. The soulful singer-songwriter will start at the Zappos Theater at Planet Hollywood Resort & Casino from April 22nd until October, 2022. A full band will help create a colorful performance of his biggest and best songs, which will ensure you leave the show with a big smile on your face.

Catch Silk Sonic at the Dolby Live Stage until May 29th, which will offer up-tempo music that will have you singing and dancing all evening long.

Silk Sonic, compromising of Bruno Mars and Anderson .Paak will continue to put on a thrilling show for audiences until May 29th at Dolby Live! at Park MGM. The Grammy-nominated duo guarantee to have you up out of your seat and moving your feet, performing their biggest hits, such as “Fly as Me” and “Leave the Door Open.” It’s a night you’ll never forget.

A full orchestra will complement Michael Bublé’s timeless hits during his six-day engagement at Resorts World Theater from April 27th, 2022.

Michael Bublé will headline at Resorts World Las Vegas from April 27th for a six-show engagement. While Resorts World Theater offers 5,000 seats, tickets are expected to sell out fast, which is why you shouldn’t delay reserving seats for the unmissable production.

The swing singer will perform some of his most popular songs alongside a full orchestra and visual and audio technologies. It’s an extraordinary night you will not want to miss when in Las Vegas.

Mad Apple will arrive on the New York-New York Hotel & Casino stage this May, offering an evening of fun, music, and absolute mayhem.

Mad Apple by Cirque du Soleil features an entertaining blend of acrobatics, magic, comedy, and chaos. The show brings the fun and energy of the Big Apple onto the Las Vegas stage, and it features a talented cast of vocalists, a freestyle rapper, and the comedian Brad Williams. Tickets are sure to sell out fast.

Grab tickets to The Doobie Brothers at the Zappos Theater for an eight-day engagement from May 13th until May 28th, 2022.

The Doobie Brothers will make their way to the Zappos Theater this May for an eight-day show. You’re bound to sing along to the GRAMMY Award winners’ sweet songs, such as “What a Fool Believes” and “Long Train Running.”

Singer-songwriter Sting will commence his residency at The Colosseum this June, performing some of his most iconic songs.

It’s not every day you can watch Sting dominate a Las Vegas stage, which is why you’d be wise to buy tickets to his residency show that starts this June. The 17-time GRAMMY Award winner will perform many of his popular hits at The Colosseum at Caesar’s Palace, such as “Roxanne” and “Fields of Gold.”

America’s Got Talent Live! Opened on March 19th at the Luxor Hotel & Casino and will run until December 31st for selected dates.

Watch some of the best America’s Got Talent contestants take to the stage in the live show at the Luxor Hotel & Casino. Hosted by Preacher Lawson, the season 12 winner, you’re in for an evening of amazing vocals, impressive stunts, side-splitting comedy, and much more.

Enjoy a guaranteed night of comedy by watching Chris Rock at The Colosseum for limited dates this May and July.

Chris Rock is sure to tickle your funny bone during his Ego Death World Tour 2022. The South Carolina comedian is set to deliver an outrageous comedy show at The Colosseum at Caesar’s Palace on May 6th and 7th, and he’ll return to the stage for his final Las Vegas show on July 3rd.

Watch daring choreography at Derek Hough’s No Limit residency, which will start at The Venetian Resort from May until September.

Six-time Dancing with the Stars champion Derek Hough will thrill audiences with his No Limit residency at The Venetian Resort. Audiences can expect an evening of jaw-dropping dancing by the pro-dancer and a talented dancing ensemble. The residency will start on May 18th and will run on selected dates until September 10th, 2022.

Alfie Boe brings Broadway to the Sin City stage at the International Theater at Westgate Las Vegas Resort & Casino. Tickets are available for only two days, as you can watch the Tony Award winner in Vegas from June 3rd and 4th. It’s a must-book for fans of Broadway show tunes.

MJ Live arrived at the Tropicana Las Vegas stage this February and will continue to impress audiences on selected dates throughout the year.

Don’t miss MJ Live when visiting Las Vegas this year, as it is a tribute to Michael Jackson’s greatest hits. You’re bound to rub your eyes with disbelief when a convincing impressionist performs the King of Pop’s most iconic dance moves while mimicking his distinctive voice and mannerisms. You need to see it to believe it.

AMYSTIKA: The Secret Revealed is a prequel to the celebrated Criss Angel MINDFREAK, which has delighted Las Vegas audiences since 2019. The interactive production is a feast for the eyes that pushes the boundaries of reality and will have audiences perched on the edge of their seats. Expect tornadoes to rage through the Criss Angel Theater, a human torch, and even snow blizzards. You won’t experience another show like it.

Reserve tickets to see the Backstreet Boys this April at The Colosseum at Caesar’s Palace.

The Backstreet Boys will return to the Las Vegas stage this April as part of their DNA World Tour. Don’t miss the long-lasting pop band at Caesar’s Palace on April 8th, 9th, 15th, and 16th, 2022. Expect a big production, bold dance moves, and stunning vocals that will have you singing BSB’s songs long after the show is over.

Avoid disappointment by booking tickets now for Santana’s final 2022 performances at the House of Blues this May.

You’d be foolish to miss out on Santana performing at Mandalay Bay Resort’s House of Blues this May. After successful shows in January and February, the rock band will return to the venue for a 90-minute performance on selected dates from May 18th until 29th, 2022.

Don’t miss the Katy Perry Play residency from May until August at Resorts World’s state-of-the-art theater.

Katy Perry will make her way to Resorts World Las Vegas from May 27th until August 13th for her first-ever Las Vegas residency. The larger-than-life show will feature her biggest hits to date, as well as some new music, which is bound to offer plenty of quirks, comedy, and impressive vocals.

The King of R&B will wow audiences with his incredible vocals and moves at Dolby Live! for his third Las Vegas residency.

Usher will kickstart his Vegas Residency at Dolby Live! from July 15th until October 29th, 2022. The coolest guy in music will perform 20 must-see shows, which will allow fans to sing along to their favorite songs, such as “Yeah!” and “U Got it Bad”.

After a successful first half of her Las Vegas residency, Shania Twain will return to the Zappos Theater stage for the final 16 dates. Fans of the country superstar can grab tickets to the show from June 23rd to 18th or August 26th to September 10th, 2022. 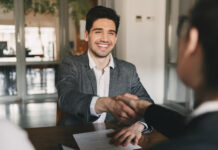 What You Should Know About Improving Your Company’s Hiring Process 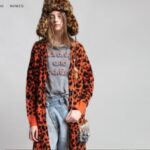 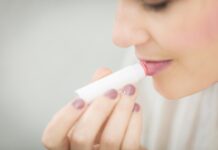 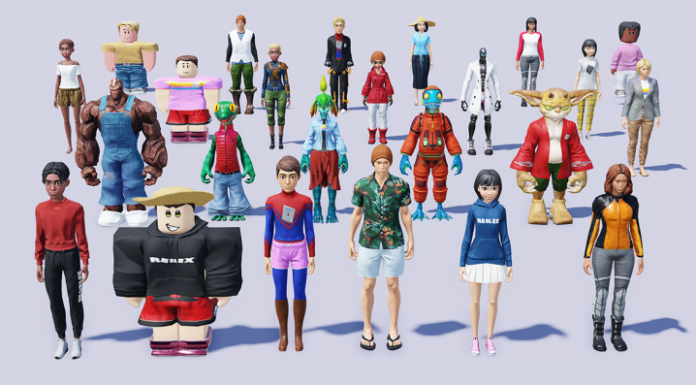 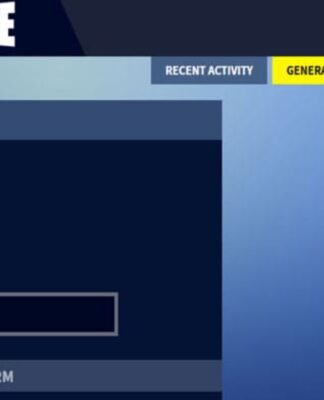 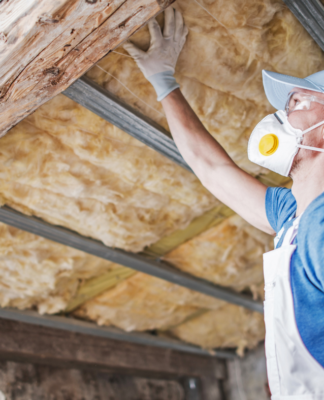 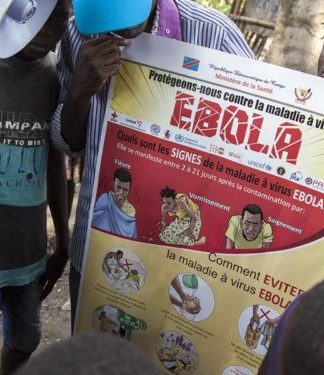 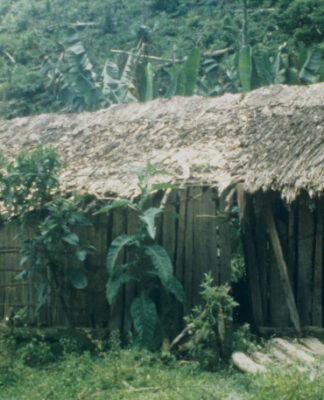 The Pros of Investing in Bitcoin

ridzeal - 27 May 2022
0
Are you considering investing in Bitcoin? If so, you're not alone! Digital currency has seen a huge surge in popularity in recent...